“To keep up the purity of the Race and its culture, Germany shocked the world by her purging the country of the Semitic races–the Jews. Race pride at its highest has been manifested here. Germany has also shown how well-nigh impossible it is for races and cultures, having differences going to the root, to be assimilated into one united whole, a good lesson for us in Hindusthan to learn and profit by.”

These were the ominous words of M. S. Golwalkar considered to be the spiritual leader of the Rashtriya Swayamsevak Sangh(RSS), the Hindutva Fundamentalist Organisation that is currently ruling India through its political proxy, the Bhartiya Janata Party(BJP). It seems it was this teaching that caused the BJP to drive legislation through that discriminated along religious lines and then unleashes the havoc that is consuming India today. 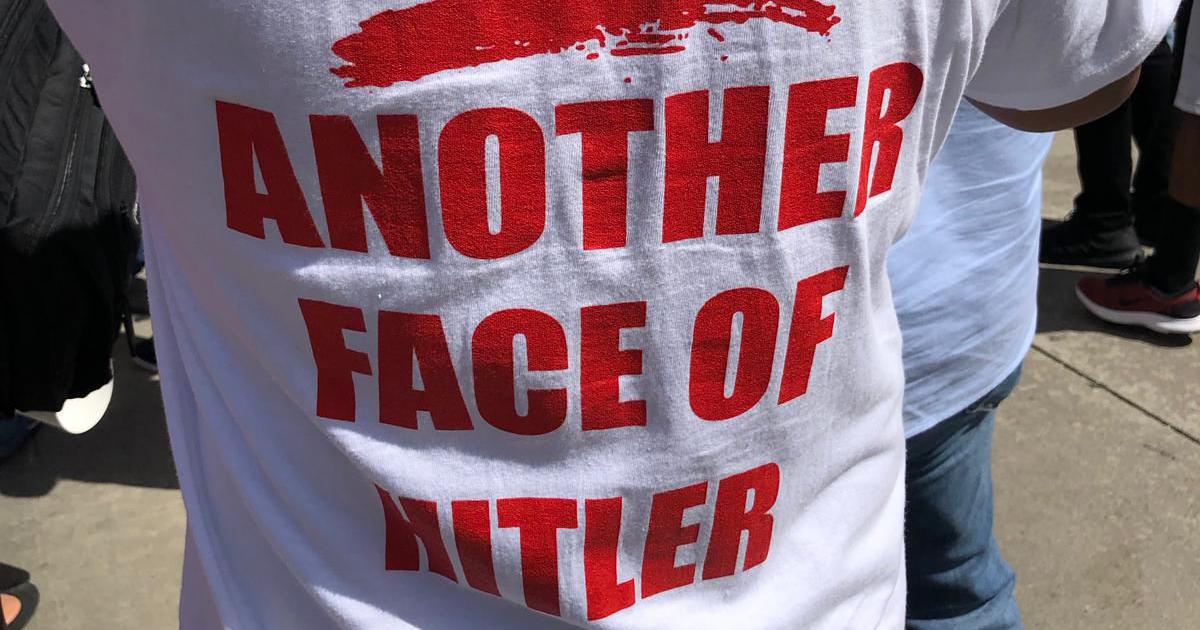 Indian Prime Minister Narendra Modi’s move to drive the Citizenship Amendment Act (CAA) through the Parliament of India has ignited nationwide protests that have often turned violent, with at least 29 people killed and students are also attacked. Police in India have detained hundreds of people across several cities for defying a ban on protests against a new citizenship law that opponents say threatens the country’s secular democracy. At least two protestors have been reported to have been killed due to police firing in Mangalore, Karnataka.

The legislation has provoked anger because it offers a path to citizenship for persecuted minorities from three neighboring countries – but excludes Muslims. Critics say it is the latest effort by Prime Minister Narendra Modi’s Hindu nationalist-led government to marginalize India’s 200 million Muslims and a violation of the country’s secular constitution. Modi has defended it as a humanitarian gesture.

“Indian Prime Minister Narendra Modi’s move to drive the Citizenship Amendment Act (CAA) through the Parliament of India has ignited nationwide protests that have often turned violent, with at least 29 people killed and students are also attacked.”

The latest move by the Hindutva fundamentalist group RSS through its political wing the Bharatiya Janata Party (BJP) aimed at the large Indian Muslim minority seems to have largely backfired. Due to the largely muted response of Indian Muslims to steps such as the Triple Talaq bill, ruling on the Babri masjid, and revocation of Article 370, the government seems to be on the back foot due to the severe reaction by Muslims as well as the support of non-Muslims. 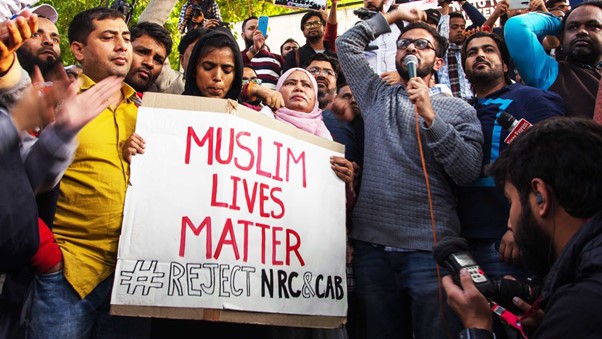 The government argues non-Muslim minorities often face persecution in neighboring countries such as Bangladesh and Pakistan. It says persecuted Muslims can find safe havens such as Malaysia or Indonesia. Hindus, on the other hand, have only India, and so they and other minorities should receive priority for citizenship. However, the inclusion of non-Muslim refugees from Muslim countries like Pakistan, Bangladesh, and Afghanistan and the exclusion of Tamil Hindus from Sri Lanka and Tibetans from China weakens its stance.

Modi’s critics, on the other hand, believe the Citizenship Amendment Bill is in line with the RSS’s vision of India as an inherently Hindu nation. The roots of this dispute go back to India’s creation in which the country’s first leaders who leaned towards socialist thought established it as a secular republic over the strident objections of the RSS and other Hindu nationalists. For more than 70 years the Hindutva groups have fought to remake India in their image.

Since Modi’s ascending to power, several items on the Hindu nationalist wishlist have been rammed through, such as the ban on cow slaughter that has led to mob lynching of minorities, the Triple Talaq bill that eroded Muslim rights, Ghar Wapsi campaign that caused forced conversions to Hinduism and the illegal annexation of Occupied Kashmir.

The demonstrations against a Citizenship Amendment Bill are the largest of Narendra Modi’s tenure. For now, the movement in the Hindi belt seems to be largely turning into a student-based and civil society-supported secular front aimed at safeguarding the constitution. However, outside of the Hindi belt such as Bengal, the movement seems to be influenced by political parties such as Mamata Bannerjee’s Trinamool Congress as well as 17 Leftwing parties.

In the Indian Northeast, mainly Assam where the protests have been the most violent, the movement seems to be of an ethnic nationalist color. People in India’s northeast mainly Hindu, protective of their distinctive cultures and long suspicious that those cultures might be diluted by migrants, do not want refugees from neighboring Bangladesh to become citizens of their states, whatever their religion.

While Indian Muslims have been at the forefront of the protests, there is less probability of the movement becoming religious in nature. This has to do with the fact that most of the movement is being propelled by young Muslims who largely avoid the label of being called Islamists & are fearful of losing the support of their non-Muslim countrymen and also that major Indian ulema such as the Shahi Masjid Imam has spoken against the protests. However, there is a significant chance that in case of failure of these protests the space for radical terror groups such as ISIS will grow among Muslims.

It should be noted that any attempt to utilize the anger of Muslims towards militancy would be counterproductive as it will only strengthen the narrative of the Hindutva fundamentalists that India is under attack by Islamists and protestors are terrorists sympathizers. There is also a high threat of a false flag terror attack by the Indian government to divert attention.

There have been and further will be attempted by the Indian government and its supporters to label the protests as violent. The protestors have been rather admirable in using social media and like-minded mainstream media to evade and counter such propaganda. There is a stark need for the protests to remain peaceful in order to garner global support in a similar manner to Hong Kong protests for it to garner public support.

Intellectuals are steadily co-opting the movement which is a good sign for the protests. There are signs of the formation of a protest subculture in the form of poetry, images, and articles that is paving the way for it to become sustainable and popular.

The unrest in India validates the Pakistani government’s plan of avoiding kinetic measures in the post-August 5 scenario. In case of a conflict between Pakistan and India, the Indian public would have united behind their government and this would have solidified the hand of the RSS. Through peace overtures and diplomatic campaigns, the Pakistani government has followed a course that has diluted Modi’s support.

The Pakistani government needs to follow its course of supporting the protests as a means of fighting Hindutva fascism and also safeguard the rights of minorities. It needs to extend moral support to the cause of the protestors as well as link the issue of Kashmir to the plight of minorities within India on the global stage.

The plight of minorities within India should become a foundation for a stronger cohesion of Pakistani nationalism. The anti-Muslim moves of the Modi government should be coopted to strengthen the proponents of the Two-Nation theory and to weaken proponents of anti-Pakistan causes. Meanwhile the tarring of Bangladesh and Afghanistan as places of persecution for their own citizens by the Indian government has led to a weakening of support for India within the Bangladeshi and AfghanMasses.

While the overall perspective is favorable for Pakistan there is also a heightened threat of Conflict with India. There is a danger that India could go for a military adventure on the LoC to divert attention from its internal troubles.

In the end, perhaps this prophecy in the 1990s by Ashis Nandy is of great significance

“Speaking pessimistically, Hindutva will be the end of Hinduism. Hinduism is the faith by which a majority of Indians still live. Hindutva is the ideology of a part of the upper-caste, lower-middle-class Indians, though it has now spread to large parts of the urban middle classes. The ideology is an attack on Hinduism and an attempt to protect the flanks of a minority consciousness which the democratic process is threatening to corner.”

Hybrid Warfare: A new face of conflict in South Asia