Home Board of Advisers 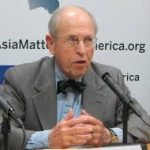 Marvin G. Weinbaum is professor emeritus of political science at the University of Illinois at Urbana-Champaign, and served as analyst for Pakistan and Afghanistan in the U.S. Department of State’s Bureau of Intelligence and Research from 1999 to 2003. He is currently director for Afghanistan and Pakistan Studies at The Middle East Institute. At Illinois, Dr. Weinbaum served for fifteen years as the director of the Program in South Asian and Middle Eastern Studies. His research, teaching, and consultancies have focused on the issues of national security, state building, democratization, and political economy in Afghanistan and Pakistan. He is the author or editor of six books and has written more than 100 journal articles and book chapters. Dr. Weinbaum was awarded Fulbright Research Fellowships for Egypt in 1981–82 and Afghanistan in 1989–90, and was a senior fellow at the United States Institute of Peace in 1996–97. He has been the recipient of research awards from the Social Science Research Council, the Ford Foundation, the American Political Science Association, and other granting agencies. 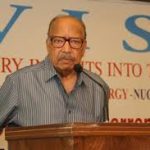 Dr. Ross Masood Hussain is the chairperson of Strategic Vision Institute. He was born in Pune, India. Educated at Karachi, Oxford and London, he is currently a Consultant in International Affairs and International Law, with specialization in the fields of Air and Space Laws. Mr. Husain joined Civil Services of Pakistan (CSP) in 1951, and has put in over 50 years of service / practice in the fields of Public Administration, International Law, Diplomacy and Strategic Policy Planning, including senior assignments with the Government of Pakistan and various International Organizations. He is Founder/Director/Governor/Adviser/Professor of the Boards and Faculties of several Governmental/Non-governmental organizations, Civil and Military Institutions, Universities, Area study centers, Foundations, and Research Institutions at home and abroad. He founded the Institute of Strategic Studies in 1973 and served as its first Director General from 1973-1976, and again in 1989-1990. He is Resident Representative for South Asia of the Institute for the Study of Indo-Pakistan Relations, University of Leicester, Leicester, United Kingdom. Mr. Husain has travelled extensively around the world and can read/write/speak fluently in Urdu, Hindi, English, Spanish and all the regional languages of Pakistan. He has also written extensively on a variety of issues, and has numerous publications to his credit. 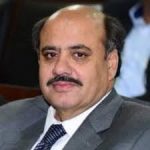 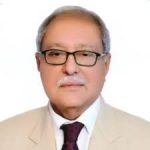 Mr. Arifl Kamal moved from an academic environment focused in politics in the early 1970’s to the diplomatic arena across the globe and a full-bloom professional career over 33 years. In three decades of his diplomatic career with Pakistani Foreign Service, the roles assigned to Kamal exposed him to processes critical in the making of the contemporary world scene. As Desk Officer on Iran (1979-81), he was a witness to the advent of the Iranian Revolution, the US hostage crisis and sanctions against Iran as well as the beginning of the Iran-Iraq war, and the OIC peacemaking endeavors. He served as a political officer in Moscow (1985-88) and later as a key officer on the Soviet desk in Islamabad (1988-1990) in time with the Gorbachev-led Soviet state’s move to extricate itself from the Afghan quagmire. It also coincided with the beginning of the change within the state, prior to its collapse. Kamal has also been a Director of Global Studies at the Institute of Strategic Studies, Research & Analysis (ISSRA), within the National Defense University of Pakistan. His role there draws upon years of experience as a diplomat and allows him to return to academia and research in the nation’s premier higher education institute and think tank for policy and strategic formulation. Kamal is recipient of high civil awards: “Medallion of Independence in the first Order” from Jordan’s King Abdullah II and “The Sash of Merit” from Qatar’s His Highness Sheikh Hamad Bin Khalifa Al-Thani. 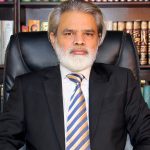 President Maritime Study Forum, Dr. Syed Mohammed Anwer, is an expert of law and public policy. He is an Advocate Supreme Court of Pakistan. He held different senior executive position in public, private and development sectors. He is former Deputy Attorney General for Pakistan, formal Chairman of Electronic Certification and Accreditation Council (ECAC), former Chairperson of Pakistan Institute of Human Rights, former elected Vice President and President of Islamabad Bar Association and Member of Council of Islamic Ideology, among others. He obtained his PhD in Human Rights, LL.M International Economic Laws with special emphasis on Maritime Laws from Kyushu Imperial University Japan, Specialization ­in WTO and International Trade Laws from European Institute of International Trade Laws Macau, MPhil in Comparative Political Study and Administration in Asia (CSPA) from Kyushu University Japan, Alumnus of Academy of International Law, The Hague, Netherlands. He is also an alumnus of Maritime Security Workshop, Naval War College (MARSEW 18). 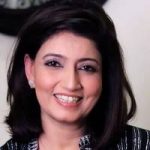 Dr. Huma Baqai is the Associate Dean (Faculty of Business Administration) and an Associate Professor of Social Sciences and Liberal Arts at IBA, Karachi. Her teaching and research experience spans over a period of 20 plus years. She is working with both national and international media an as international relations expert and political analyst since 1999 and has served both as an analyst and an anchorperson in PTV for ten plus years, followed by Chanel 24 and News One. Dr. Huma is also associated with Radio Pakistan and Voice of America as an analyst. Currently, she is a member of Board of Directors of more than ten Educational Institutions and Private and Non-Profit organizations. She is also a Certified Corporate trainer from the International Academy for Leadership, Gummersbach, Germany. She is a visiting faculty at Air War College, National Institute of Management, Karachi. She is a part of Track-II diplomacy between Pakistan and Afghanistan.